Q&A: Recent FDA approval of the BRCA1/BRCA2 test from 23andMe 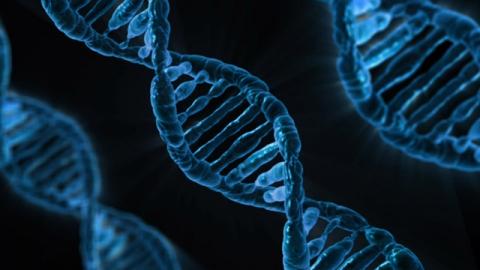 The recent FDA approval of the direct-to-consumer BRCA1/BRCA2 test from 23andMe speaks to increasing awareness of how our genes affect cancer risk. At the same time, it underscores the importance involving healthcare professionals to understand the implications that a genetic test result may have for cancer risk. It is even more important to understand that the scope of this particular direct- to-consumer-test is limited, and a negative test result does not mean cancer risk is absent.

The UCSF Cancer Genetics and Prevention Program and the HDFCCC Center for BRCA Research support easier access to genetic testing. We have multiple studies underway that bring genetic testing to high-risk families and the general population.

We would like to take this opportunity to share some additional information regarding recent changes to the testing offered by 23andMe.

What has changed about the 23andMe test?

23andMe offers a genetic test marketed directly to consumers. The company recently announced it would include partial testing of the BRCA1 and BRCA2 genes.

What are the BRCA1 and BRCA2 genes?

All people have the BRCA1 and BRCA2 genes. Genetic testing looks for inherited mutations (problems) in these genes. An inherited mutation in BRCA1 or BRCA2 is associated with a high risk of breast and ovarian cancer in women and an elevated risk of breast and prostate cancer in men, as well as other cancers in both. This information has much more medical significance than most other parts of the 23andMe test, and consumers may want to consider whether it is important to receive this information from a healthcare provider. This would allow them to ask questions and address any concerns about the implications of any test result.

What are the limitations of this testing?

The BRCA1 and BRCA2 testing offered by 23andMe is limited to three very specific mutations that are most commonly found in the Ashkenazi (Eastern European) Jewish population. The 23andMe test does not cover the majority of mutations in BRCA1 and BRCA2 or mutations in many other genes linked to inherited cancer risk. Therefore, the 23andMe test is only partial testing for people of full Ashkenazi Jewish ancestry, and of very limited use in people of other ancestries.

What types of cancer genetic testing are available at UCSF?

UCSF physicians and genetic counselors can arrange for extensive genetic testing and a complete family assessment. For people with histories of certain cancers in their family, this type of testing is covered by insurance. For those not covered by insurance, the cost of testing is typically $250. For those whose tests reveal a genetic mutation that increases their cancer risk, UCSF has teams of specialists experienced in providing care to people with inherited risk factors. Their services include helping people choose options that are appropriate for their individual and family situations.

For more information about genetic testing and cancer risk, please contact us.